Josh and Jill McCarty use the power of community to plant a church in an area that struggles with isolation.


Grand Junction, Colo., has a unique mixture of people from all different philosophies of life. While it is traditionally a retirement town, the local relatively new Colorado Mesa University has become a popular college destination and infused many young people into the populace. The town also has a large blue collar population due to the oil industry, which makes people politically conservative, and yet they possess a general postmodern attitude toward marijuana use and religion.

In the middle of all that, Arkansas natives Josh and Jill McCarty are planting River City Church. “Most of the people over 30 are what we call ‘de-churched.’ They grew up in the church but left for whatever reason,” Josh explains, “and the people under 30 generally have a belief in a higher power, but not necessarily God.” It’s a city of various dynamics that Josh and Jill are factoring into their outreach potential.

River City Church has only been in Grand Junction for about six months, so the roots are just beginning to be established. There are currently around 15-20 people, including children, meeting together at the McCartys’ house each week. But Josh’s vision and goal for the church extend beyond the traditional Sunday services model.

The church will develop a chain of small groups, which Josh refers to as “missional communities.” These groups will meet each week in someone’s home, essentially becoming the group’s “church body,” where most of the discipleship, accountability, and spiritual growth will take place.

But in order to keep all the people connected as a whole, the entire church membership will meet twice a month on a Sunday for a time of teaching and worship, led by Josh.

The Importance of Community

The format is meant to emphasize the strength of community and one-on-one discipleship. “People aren’t used to true community here,” Josh says. “Being neighborly is foreign. Hospitality is uncommon. People tend to be weirded out by the idea of coming to someone’s home. But if we meet for coffee or any other third space in a public place, then they are okay,” Josh explains. 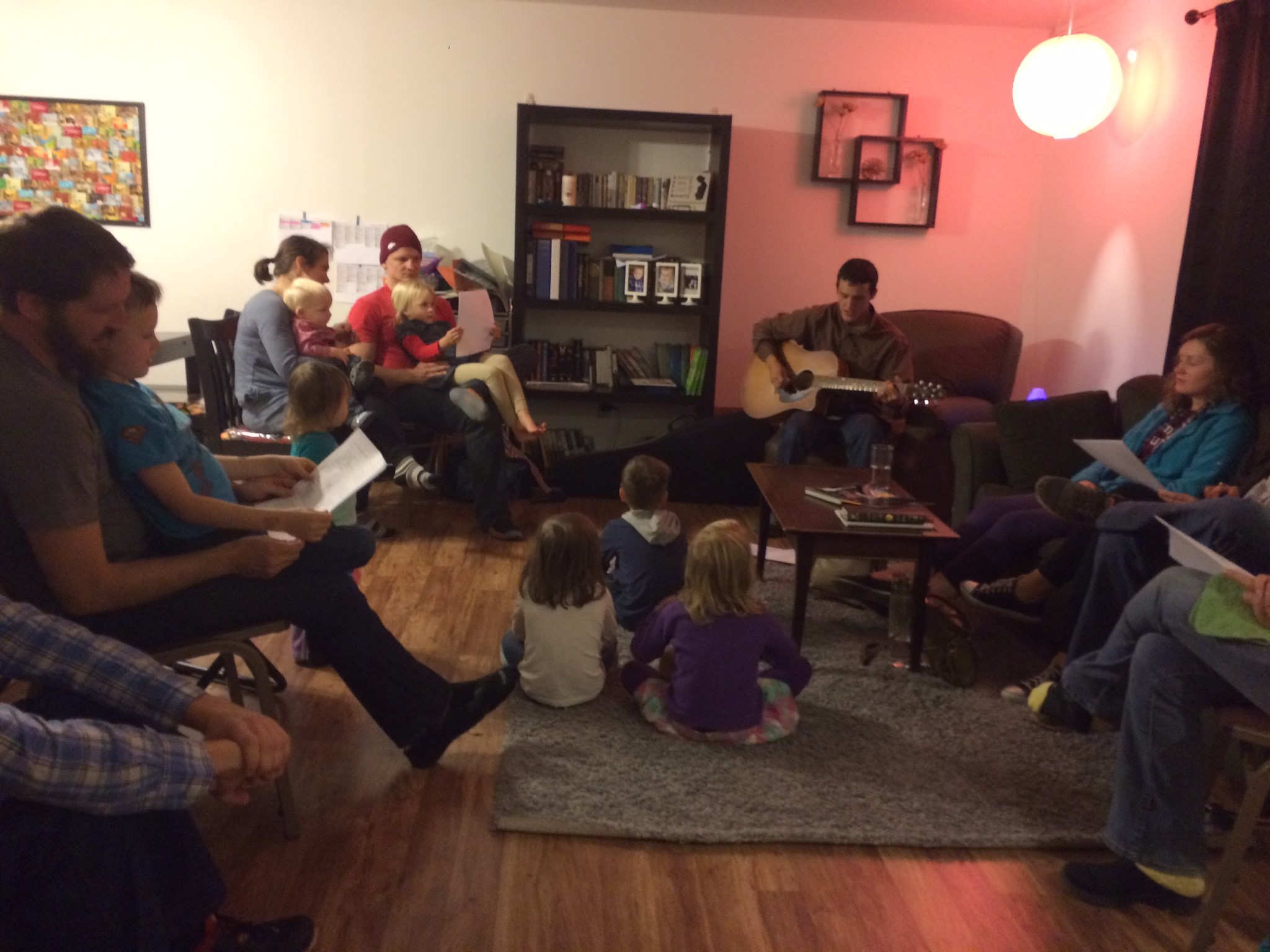 This lack of connection has caused a deep sense of isolation in the Grand Junction area that permeates the culture, bringing about problems with depression and suicide. “In the last few months, four kids have committed suicide,” Josh says, “Even in the midst of all this beauty of the mountains and nature, there is darkness.”

Josh tells the story of one female college student who was raised in the church, but she had never been allowed to go to a friend’s house growing up. When she first started attending the missional community she said, “I’ve been missing this aspect of biblical communion.” The fellowship that most Christians from the Bible belt would take for granted has filled a void in this young woman’s spiritual life.

It hasn’t been easy to get people in Grand Junction to want to meet in homes. Josh explains, “People don’t even realize how much they need it. At first, they are hesitant, but once they try it, they crave it.” So Josh has found the perfect excuse for having such a seemingly strange way of doing things: “My wife and I joke about being from the South and how it’s part of how we were raised,” Josh says.

Now that Josh and Jill have been able to assess the general feel of the area and gotten established in the community, River City Church has big plans for outreach this coming spring and summer.

The first event is a bowling night for international students. The college has recently made foreign exchange students a big priority and put a lot of money and resources into the project, so there is currently a population of 200-300 students from other countries, and the school is reaching for 400.

“The community isn’t used to so many different cultures pouring in,” Josh says, so it’s an ideal opportunity for River City to reach out in love and share the Gospel with people from around the world.

Another big event will take place in May. Church partners from the area are coming in to help facilitate a block party with bounce houses, free food, and horseback riding. Not only does this event help create awareness about the church, it also gives the members an opportunity to get connected to the people in the community one on one.

How You Can Help

There are lost people all across the state of Colorado, and Josh and Jill covet your help as they attempt to reach those souls with the saving message of Christ. First, Josh says he needs the prayers of believers. It’s a spiritual battle. “Our biggest challenge is that church planting reaches the lost, of course that’s first and foremost,” he says.

But he also suggests that all Southern Baptists be willing to go on a mission team, or even pray about moving to Colorado and starting a church there. “Don’t be afraid to do it if God is calling you. You won’t be alone. We will help you and teach you how to reach people,” he says.

But Josh’s biggest challenge to brothers and sisters in Christ is to learn to be missional as a family every day, in your own hometown in your sphere of influence. “Christians must learn to think about their time as a family as a witness,” Josh urges, “using their home or shopping or whatever to be missional where they are. Just live out the Gospel.”

Please pray for Josh and Jill, their ministry, and how the Lord might be leading you to be involved with River City Church.