In 2010, Charles Simmons planted a church called the ROK Church, gathering in Downtown Conway. Simmons, through the Lord, guided the teams well, and they saw an increase in people finding the Gospel through this ministry.

But then the Lord started to stir in Simmons heart that there was a move that was about to take place. “We moved on complete faith not because we were giving up or didn’t see a good harvest.” With only faith as their advocate, Simmons and his wife left Conway in 2016 to help a church in New Jersey.

Simmons and his wife soon grew to love the ministry that he was a part of Change Church in New Jersey. With the guidance of so many great leaders pouring into him, He grew there to gain insight from his counterparts. He was comfortable, but God tends to shake things up when we get comfortable.

Simmons thought that was the end of the story, but God had other plans. Not but a year down the road, Simmons attended a conference about Church Planting and felt a conviction to go back and plant a church. “In all honesty, my first response was ‘oh no.’ I knew I needed to talk to my pastor about it to get clarity, but I just waited.”

Out of the blue, Simmons received a phone call from his pastor at Change Church. The conversation began with positive subjects about what Simmons was doing right, then his pastor said, “But I love you not to hold on to you just because I need you.” He explained that the Holy Spirit told him that Simmons was supposed to go plant a church. Thus, began the journey back to Conway, Arkansas. How will they be received when they came back? Would they be received well?

The move back caused lots of anxiety and uncertainty for Simmons and his family. Once back in Conway, Simmons met with his three friends with tears in their eyes as he received heartbreaking news that his friends hadn’t found a church since the 2016 closing of the previous church plant, Simmons and his friends began to rebuild with a new mission in mind.

In 2019, Simmons replanted a church called Connect Church based off Matthew 9: “When he saw the crowds, he had compassion on them, because they were harassed and helpless, like sheep without a shepherd.” The vision of Connect Church is to be a spiritual family full of passionate people that reflect the heart and life of Jesus. Their mission is to connect as many people as possible to a transformed life. “We want to connect the sheep to the Shepherd,” says Simmons. 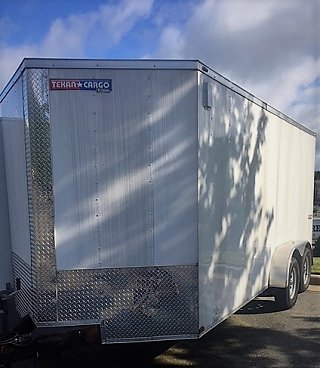 This project to completely rebuild from the ground up was a huge task for a small group to take on. That’s when Charles Simmons got connected with the ABSC Church Planting Team’s “Church in a Box” trailer. This mobile trailer is set up specifically for the church planters that have a meeting place, but they need materials to help it function. With media, nursery, and hospitality materials, this trailer has been created to assist the planter in the work that God is doing through them.

Click here for more information about getting connected at Connect Church.

OR for more information about the Church in the Box contact Holly Hines at hhines@absc.org