The 2020 Prayer Leaders Workshop will be held as a part of the State Conference on Evangelism + Church Health. This workshop is for those who lead out in prayer in their family, church, and community.

This year’s Workshop will be led by Kie Bowman, Senior Pastor of Hyde Park Baptist Church and The Quarries Church in Austin, Texas.

Get to know Kie Bowman (in his own words): 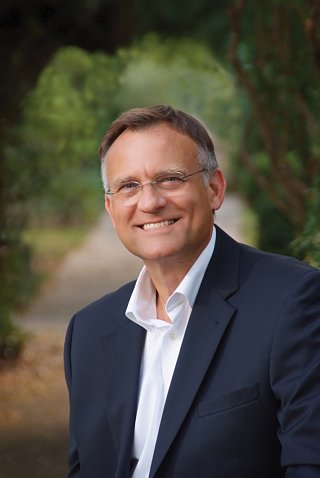 I am the Senior Pastor of Hyde Park Baptist Church and The Quarries Church (“one church in two locations”) in Austin, Texas (www.hpbc.org). Originally from Fairbanks, Alaska (the rumors are true- it’s cold!), I arrived in Texas for Seminary in the 1980′s where I earned a Master of Divinity and a Doctor of Ministry from Southwestern Baptist Theological Seminary in Ft. Worth. Following my Seminary training, I made my way to the Atlanta area where I served two churches in 10 years until 1997 when I came to Hyde Park in Austin as Senior Pastor.

I have also served my denomination in a variety of ways including the honor I had in 2018 of preaching “The Convention Sermon.” I have preached at the Southern Baptist Pastor’s Conference, and for multiple State Convention Evangelism conferences. I served as Vice President of the Georgia Baptist Convention, Executive Committee member of the Southern Baptist Convention, and Chairman of the Administration Committee of the Georgia Baptist Convention. I was once privileged to serve as the Pastor-Adviser to the Conference of Southern Baptist Evangelists. I also served as chairman of the Administrative Committee of the Southern Baptist of Texas Convention. Currently, I serve on the Executive Board, and Executive Committee of the SBTC, where I recently completed my second term as Chairman of the Board. Recently, my denomination elected me to serve as a Trustee of Southwestern Baptist Theological Seminary in Ft. Worth, Texas.  I was also honored to serve one year as a member of the Ethics and Religious Liberty Commission’s Leadership Network Council. Over the years, I have served in numerous other positions both state-wide and nationally.

I have a tremendous passion for writing and I have authored or contributed to 17 books, including 6 bestselling devotionals from Thomas Nelson Publishers. In 2013, my book, “The King and His Community” (a New Testament Survey from Auxano Press) became an Amazon bestseller, sitting at number 2 in its category for 3 weeks! I followed that in 2014 with a biography of Jesus called “I AM,” also published by Auxano Press.  My third book with Auxano is a study of the book of Acts,  titled, “The Church That Changes The World.” I followed the book on Acts with a fourth book called The Unparalleled Gospel, a study of Luke’s gospel. My fifth book with Auxano Publishers was released on Easter, 2019 and is titled, “EMPOWERED Why We Need Spirit-filled Churches.”  Recently I signed in to write devotionals for a new Children’s Bible due out in 2019! In addition, I have contributed to 2 Children’s Devotionals, both published by Thomas Nelson Publishers. In 2016, I contributed several sermons to “Preacher’s Sourcebook,” published by Thomas Nelson. My next book is co-authored with Trey Kent and will be released September 2019 and is titled CITY OF PRAYER!

This form is no longer available. It was closed for further submissions on 01/27/2020.