President and CEO
Executive Committee of the Southern Baptist Convention 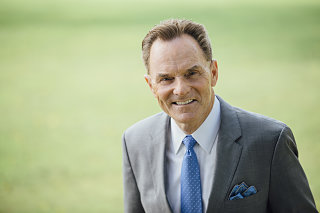 Dr. Ronnie Floyd was elected as president and CEO of the Executive Committee of the Southern Baptist Convention on April 2, 2019. Floyd has deep experience in Southern Baptist leadership, having served two terms as SBC president (2014–2015 and 2015–2016), as chairman of the Great Commission Task Force of the Southern Baptist Convention (2009–2010), and on the SBC Executive Committee (1988– 1998). Floyd was pastor of five churches over a span of 43 years, the last 32 of which were as Senior Pastor of Cross Church, a multi-campus church in Northwest Arkansas (1986–2019). He also served as general editor of LifeWay Christian Resources’ Bible Studies for Life curriculum (2013–2017); chief mobilization strategist with the North American Mission Board (2012–2015); and was on the board of trustees, GuideStone Financial Resources (2001–2009). His experience, wisdom, and passion for God make him a powerful proclaimer of God’s Word and inspiring leader.

Floyd’s proudest accomplishments stem from his personal life. He and his wife, Jeana, have been married for 42 years. They have two sons, Josh and Nick. Josh is married to Kate, and they have three sons, Peyton, Parker, and Jack. Nick is married to Meredith, and they have a son, Beckham, and three daughters, Reese, Norah and Maya Faith. Josh is the head football coach at Hewitt-Trussville High School in Trussville, Alabama. Nick is the senior pastor of Cross Church in Northwest Arkansas. 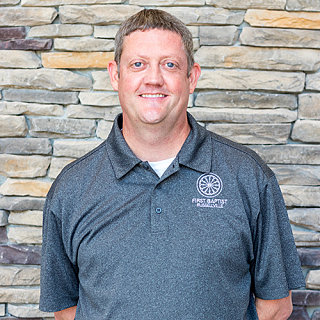 Greg Sykes has served as the Senior Pastor at First Baptist Church in Russellville, Arkansas since 2011. He first joined the staff in 2001, serving at First Baptist Dover prior to that.  He is an Arkansas native and graduated from the University of Arkansas with a degree in Journalism and Political Science, and completed his Master’s Degree in Biblical Studies from Trinity Theological Seminary in Newbourgh, IN.  He and his wife, Jamie, have three children, Grace (18), Carter (15) and Reed (13).  He first felt a call of ministry while participating in Student Mobilization, a regional collegiate ministry based in Conway, Arkansas. 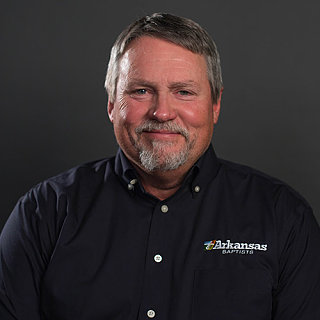 Dr. J.D. "Sonny" Tucker serves as the Executive Director of the Arkansas Baptist State Convention. Previously, he served as the Team Leader for the Evangelism & Church Growth Team at the ABSC. He completed his Bachelor of Arts at Ouachita Baptist University. He later completed his Master of Divinity & Ph.D. from Mid-America Baptist Theological Seminary. Prior to joining the ABSC, he served in several Arkansas Baptist Churches as Pastor. In addition to Pastoring, he also served as an adjunct professor for Ouachita Baptist University & Southwestern Baptist Theological Seminary.

Dr. Tucker is an avid outdoorsman & enjoys spending time with his family. He is married to Nicki Tucker, has two children and two grandchildren. 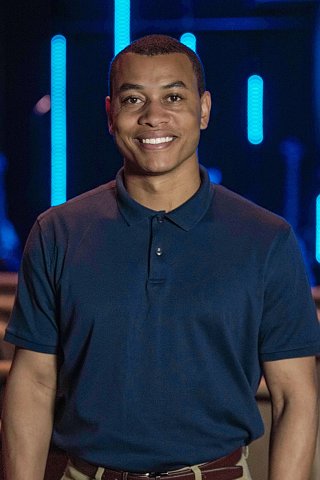 Pastor Jamar Andrews is a native of Jonesboro, AR. He is married to Stephanie; they have two children, a daughter, Eva, and son, Elliot. Jamar serves as the Lead Pastor of Word Baptist Church in Jonesboro, AR. He has a Bachelor of Arts in Speech Communication from Arkansas State University and completed a Master of Arts in Islamic Studies from Southwestern Baptist Theological Seminary.

He enjoys spending time with his family, coaching sports, and fishing. He has a passion to see lives transformed, and the world reached with the gospel of Jesus Christ.