In August 2016, rainfall in Louisiana—which totaled nearly two feet in some areas—resulted in flooding that impacted an estimated 110,000 homes with damages of $8.7 billion to residential and commercial property. While Congress will not vote on a proposed relief package until November, many Louisiana households are not planning to leave until after they know if the vote will help them recover.

But behind everything they do, Disaster Relief volunteers serve for one reason: to share the love of Jesus.

“Disaster Relief is not about cutting down trees, feeding people, or mud outs,” said Randy Garrett, Arkansas Baptist Disaster Relief Director. “It’s about taking the word of the Lord to people.”

Arkansas Disaster Relief made 537 chaplaincy contacts, 373 ministry contacts, 70 Gospel presentations and distributed 71 Bibles and 89 tracts as of September 13. But even more exciting are the 17 souls who professed their new faith in Christ.

“It’s a team effort,” Randy said. “The 1,300 trained DR volunteers combined with our team—we are just the mechanism to make sure everything works—and it’s all about Jesus!” 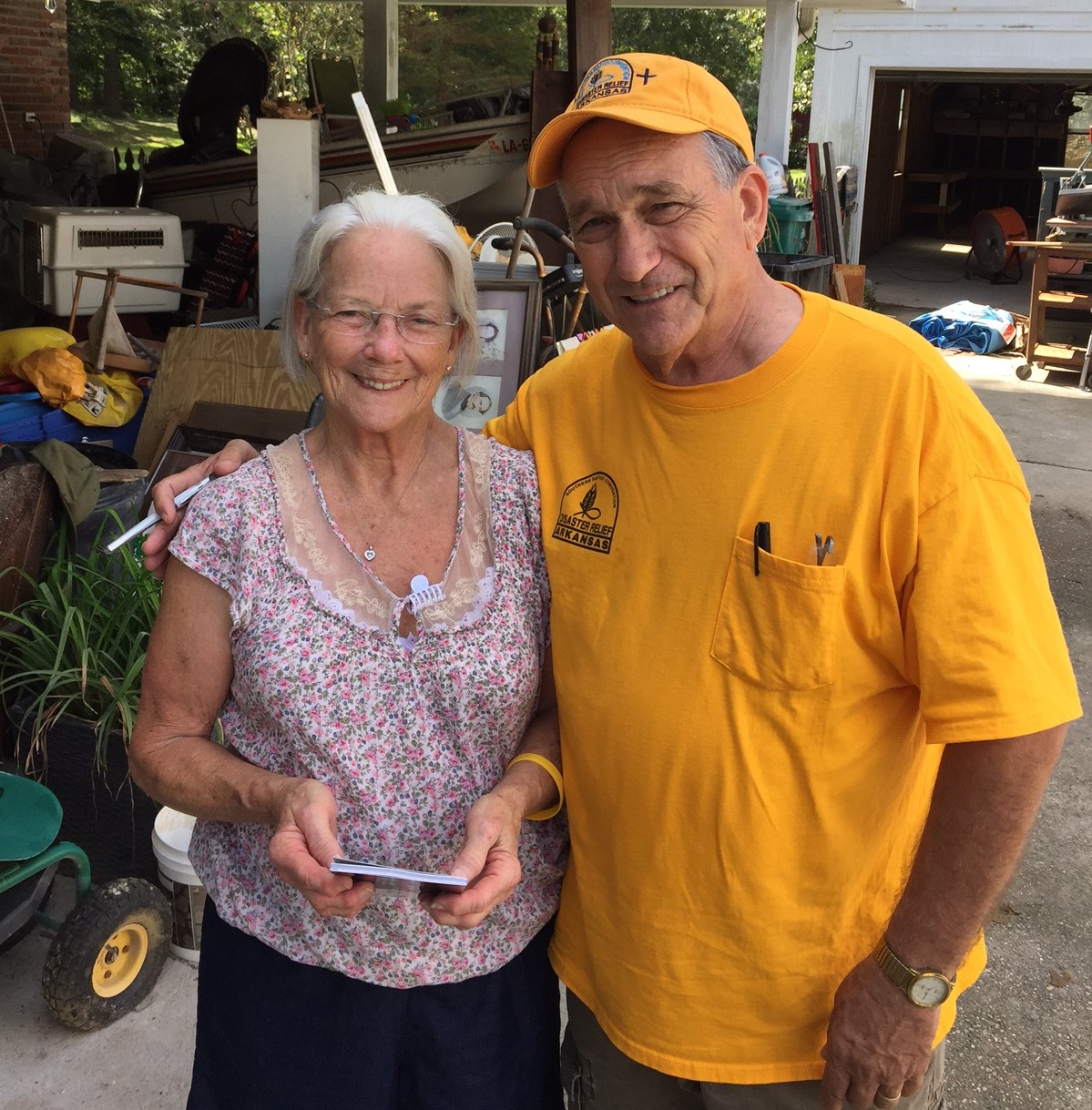 The Disaster Relief team at the ABSC has witnessed firsthand the love and sacrifice of Arkansas Baptists who are willing to go and minister to their neighbors. Retired professionals, working adults, and even a group of college students from the University of Central Arkansas’ Baptist Collegiate Ministry (BCM) responded to Louisiana flooding.

“People have really stepped up,” said Michelle Hendrix, Disaster Relief & Missions Team Ministry Assistant. “So many people have sacrificed their time and energy, and God is blessing their efforts.”

“Our volunteers really are an expression of Jesus in the flesh,” she added. “They are servants who are willing to do the dirty, hot, hard work to love their neighbors experiencing crisis.”

After the flood, Arkansas Baptist Disaster Relief worked alongside the Louisiana Baptist State Convention and 26 other Baptist conventions. During the month of August and into September, Arkansas Disaster Relief was responsible for unified command over seven zones in Louisiana.

Randy and Michelle have seen God’s hand in preparing Arkansas Disaster Relief for this unforeseen task. Several years ago, Randy was serving in Shawnee, Okla., after tornadoes tore through the area. He noticed that each time Oklahoma Baptist Disaster Relief assessment teams went to a home they had a chaplain talking with the family as the assessors worked.

When Randy began working as Director of Arkansas Disaster Relief in January of 2015, he wanted more volunteers trained as chaplains. He talked with other Baptist conventions, including Texas Baptist Men, about ways to build the Disaster Relief chaplaincy program.

A chaplaincy coordinator for Texas Baptist Men came to Arkansas and conducted two trainings for more than 60 Arkansas Disaster Relief chaplains. One of those trainings was in August—the very weekend that Louisiana flooded.

Randy also had a vision for more volunteers to be trained in incident management. After nearly 40 volunteers went through training they responded to flooding in Texas and Arkansas, giving them the chance to get their feet wet before Louisiana. 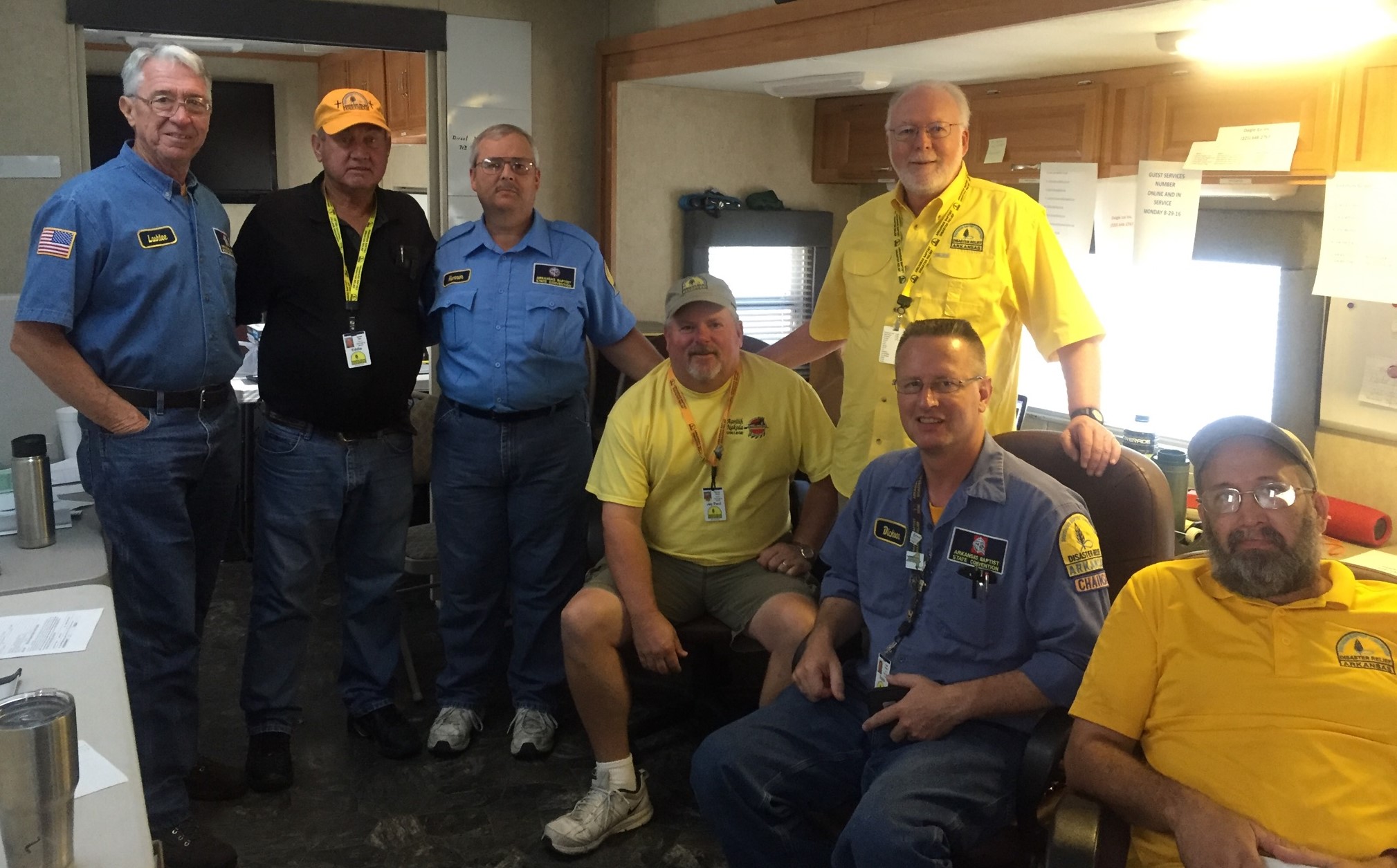 “It’s really just about listening, loving on people, and sharing the Gospel,” Michelle said. “We are excited to see what the future holds for Disaster Relief, coupled with evangelism, as we minister to hurting people.”