My life story begins before I even entered into this world. For circumstances that are unknown to me, my biological mother put me up for adoption. This display of love has impacted me in several ways, First, that despite her situation, she chose to give me the best life possible over her own conveniences. In other words, she was the first person to model for me the love and the grace of Christ, and for that I am grateful. Second, my parents, who adopted me brought me into a loving and Christian home where I would hear the gospel and come to faith at a young age. Now for some, that testimony might seem boring, but the reality is because of the depravity of humanity, the story of a seven year old living under the roof of a Christian home who believes the gospel is just as miraculous as a thirty year old atheist junkie who comes to faith. I am thankful and praise the Lord that he pursued me and wooed me to him before I could fathom what a life of disobedience was like.

I grew up in Oklahoma City and went to the University of Kansas for college. It was at KU when I first began teaching the Bible through the involvement of ministries like CRU, the K-Life chapter in nearby Kansas City, and my own on-campus Bible study called The LockerRoom. After graduation I went to the Kanakuk Institute and earned a Masters degree in Youth and Family Ministries through John Brown University. Then in 2007, I moved to Tulsa, Oklahoma to start a K-Life chapter there. While in Tulsa, I met my wife, Raelyn, and we were married in August 2009. In May, 2010, we moved to Dallas so I could attend Dallas Theological Seminary where I received a Masters of Theology degree. It is in my time in Dallas, that the Lord began to stir in my heart a passion for planting The Hill Church in Fayetteville through my studies in seminary and my involvement at The Village Church. My wife and I moved to Fayetteville in May of 2013.

My hope for The Hill is that we would be a people who rightly worship the one triune God and find all of our hope, fulfillment and identity in Him. Second, that we become a family who fully understands the impact of the gospel, and the implications it brings in our relationship with God, each other, and to our community. 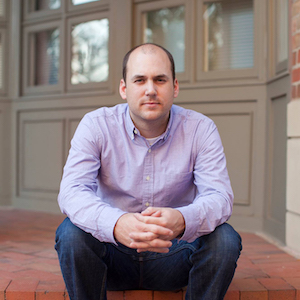