Terry and Patsy George have been active in the local church their entire 44 years of marriage. Terry has an extensive business background that includes international travel. But he has also pastored churches as well as performed 2 interim pastorates. Having assisted in several church plants in both Arkansas and Kentucky, they are sensing God’s call to plant in the city where God has led them to retire.

Bono is a city of 2500 people but has no Southern Baptist Church. The project for the Sanctuary Church began in early January gathering a core team and acquiring support from other churches and individuals in Northeast Arkansas. Their primary target group in Bono is Millenials. Sixty percent of the population is under 40 years of age. God has not only given them favor with local church but they also have the full support from the mayor and city government. In addition to being asked to serve as a chaplain for the Fire and Police Departments Terry is also assisting in forming a Ministerial Alliance for Bono. Their first public worship service was on May 1, 2016 with an attendance of 41 people with an average attendance of 31 for the month. 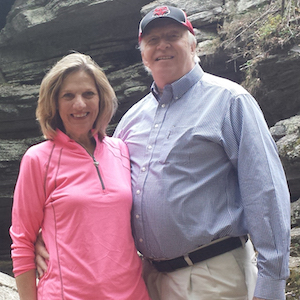