Jason Tallent entered Old South Church in Boston, Massachusetts, the place where Benjamin Franklin was baptized. Filled with the stained-glass of a passionate storyteller and the artistic worship of a craftsman, the architecture bore witness to hands devoted to the church.

Jason’s clicking camera was the only interruption to the silence until a man’s voice announced, “That’s not the original stained glass.” Jason and his wife, Micah, were visiting Boston from Cabot, Arkansas, where Jason was the senior pastor of First Baptist Church. They had seen many church buildings in the New England area, but most were no longer in service. Some were empty shells. Others were museums. One was even remodeled into apartments, all the while retaining its outward church appearance, bell tower and all.

Click here to see a panorama of Old South Church.

It was refreshing to see an operating church and even meet one of its members. Curious, Jason asked why the man was at the empty church on a Tuesday afternoon. “I come here sometimes when I get discouraged,” he said. “I come, and I soak up the aura and the energy of the building.”

Jason listened as the man explained his New Age spirituality. “But you know what?” the man confessed, “I still feel empty inside.” Sadly, the church had no theology, no statement of faith. It was just a shell, like the others.

Jason had compassion on the lost soul. “Someone once said the same thing to Jesus. It was a woman He met at a well,” he explained, scanning the sanctuary for a Bible, but to no avail. “Jesus told her that if you have a relationship with Him, you won’t be empty anymore, but from your heart there will be flowing rivers of living water.”

Jason explained the life, death, and resurrection of Jesus, and the man was captivated. He responded, “I’ve never heard that before in my life. No one has ever told me that before.”

As Jason prayed, the man embraced him tightly, and at the end, he thanked Jason from the bottom of his heart.

That was the day that Jason and Micah knew God was calling them to plant a church in Boston.

For months, the Tallents had been praying for the New England area, looking for ways to support missionaries and interceding for God to send church planters. They didn’t know the whole time God was making a way for them. “I’m an Arkansas farm boy!” Jason says, emphasizing his lack of qualifications. But it was a burden their hearts couldn’t release.

Micah recalls the day they attended a missions conference that opened their eyes. “We walked away quiet, and we really couldn’t even talk because we knew we were both thinking the same thing.”

“We knew God was saying, ‘I’m doing something. I’m wanting you to go,’” Jason adds. “We had come to terms with that.” 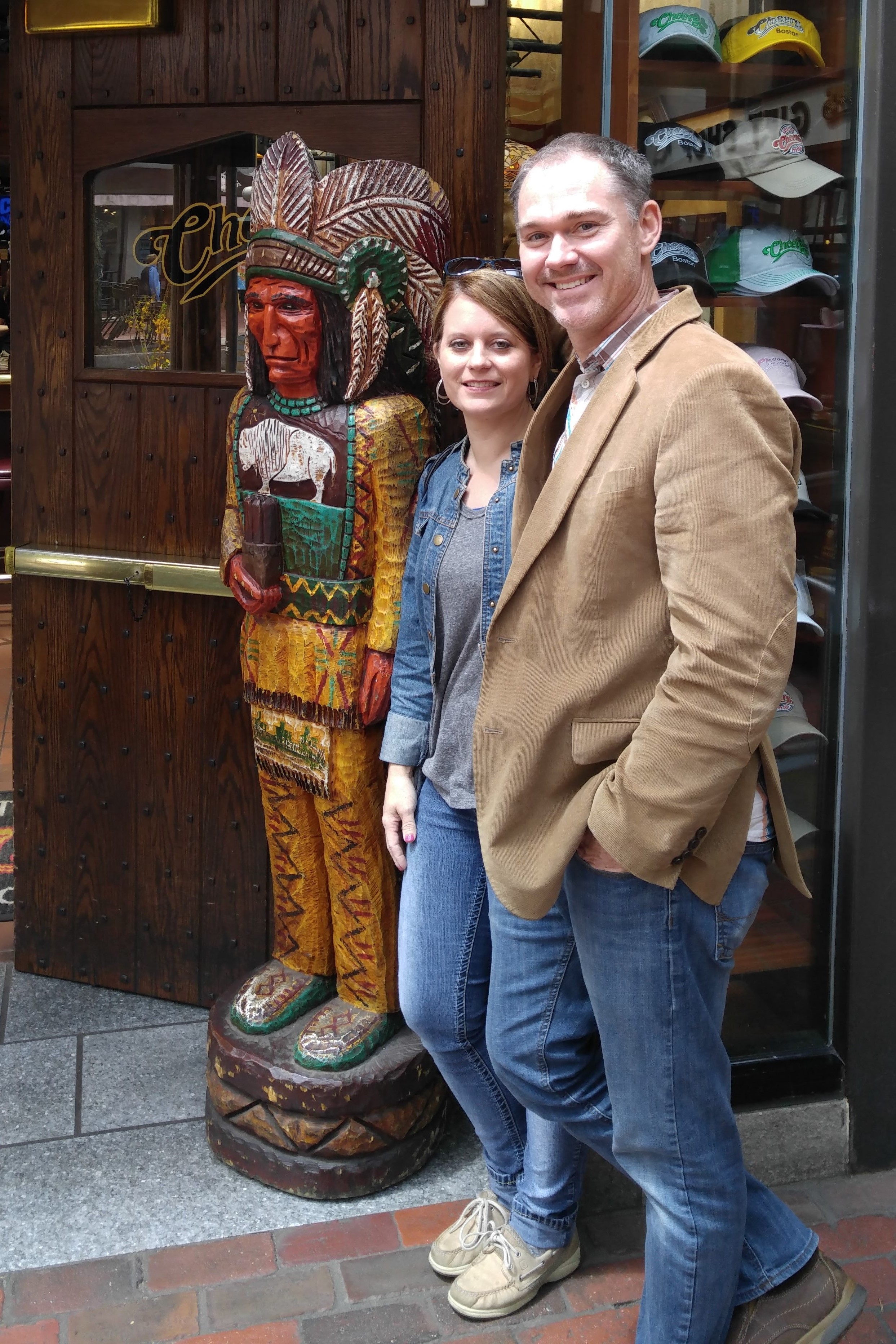 The two men discovered a mutual friend—David Powell, the missions pastor at Sevier Heights Baptist Church, who also has a heart for the Northeast, and the three began praying regularly that God would reveal His will to Jason and Micah.

The couple loved New York, and Boston was a distant second. But on a trip home from the Big Apple, the Tallents decided to visit a missionary couple in Boston. “We fell in love with the city and the people in just 32 hours,” Jason says.

Opportunities for ministry were everywhere. For example, Jason met a Bostonian man in the airport. Three minutes into the conversation, Jason was sharing the Gospel with him. After 20 minutes, Jason was praying with the man. “He hugged me and said, ‘Thank you so much,’” Jason says.

On the plane, Jason turned to Micah. “There is something here,” he said. Both could feel the Spirit moving in that city.

Jason and Micah knew God was calling them to Boston, but what was the next step?

When Jason shared his new revelation with his close prayer partners, David Powell spoke up, “I haven’t told you that our church is looking to support a new mission plant in Boston, and if you say yes to this, we will be your first supporting and sending church.” The door was open, and all the Tallents had to do was walk through.

“There is no way we could do what we do without partnerships, and without the cooperative partnerships we’ve found in the Southern Baptist Convention,” Jason says.

God is already softening hearts and making the way for missionaries and churches in Boston, and every Southern Baptist in Arkansas can be a part of the work there. Any amount of giving to the Cooperative Program (CP) benefits church planters. The CP funding comes from tithes and offerings given to your local church, which are divided and distributed to Southern Baptist missionaries all over the world. Some churches can give more than others, but when everyone gives a little, it makes a significant impact.

“That’s what the church does … We accomplish more when we do it together. That’s what the Kingdom of God is about,” Jason says. “It’s not about growing one church … It’s about God’s Kingdom. And one church cannot do that by themselves. You have to have partnerships and other churches come alongside you.”

Through the Cooperative Program, the Tallents and many other missionaries are able to go and share the Good News of Jesus. That’s why the CP exists—so together believers in 45,000+ Southern Baptist churches can accomplish more for the Kingdom than we could alone.

Related Video: What's It Like for a Mom & Wife of a Church Planter?
Related Resource: 5 Ways Women's Ministry Groups Can Bless the Lives of Missionaries